No Idle Promise of Persistent Sunshine and Roses 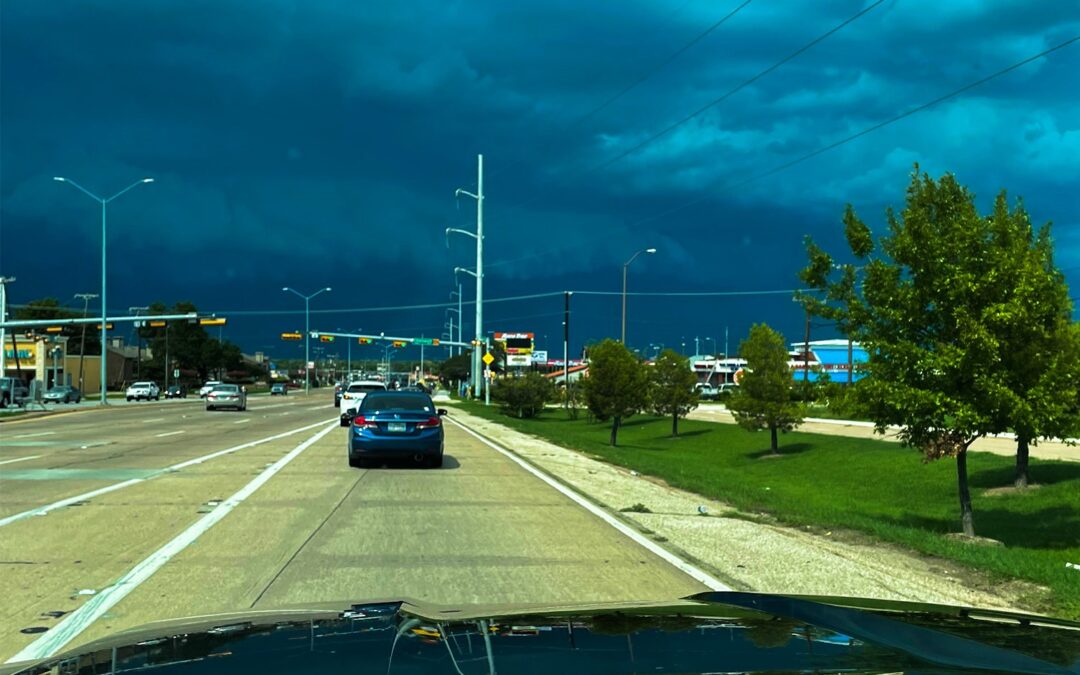 I spend Sunday morning this weekend at a church I have never previously served a couple of hours east of Dallas. As is to be expected for a first worship time together, all is well. After lingering in conversation with some congregants and church leadership, I pile into my truck for the drive home. Occasional puffs of cloud dapple the blue sky above me. In the distant west, an enormous anvil cloud has formed. My ill-informed memory says that the temperature inversion flattening the top of the cloud makes it no concern, prevents it from developing into anything significant.

Skeptics who know faith only by introduction, who see it only from a distance, sometimes think of believers as naïve optimists, as those who choose to see no harm in life, no threat in the world. Such straw believers would take David’s early lines in the 34th Psalm as free standing: “Oh, taste and see that the Lord is good; blessed is the man who trusts in Him! Oh, fear the Lord, you His saints! There is no want to those who fear Him. The young lions lack and suffer hunger; but those who seek the Lord shall not lack any good thing.”

Ninety minutes later, clear sunshine still rains down as I near Dallas. Turning toward home, though, I am stunned to see the mouth of Hades devouring everything to the north. The anvil at the top of the behemoth cloud I saw earlier is where it has reached the bottom of the stratosphere—in contrast to my previous assumption, a sign of potentially very destructive storms.

In contrast to the straw men constructed by skeptics, real people come to faith because they encounter life-altering, world-threatening need. A dozen verses after the rosy quotation above, David adds: “Many are the afflictions of the righteous, but the Lord delivers him out of them all.”

I park the truck in the garage just in time to watch swirling clouds for a moment before the downpour inundates my neighborhood. We see no hail and, despite a few hiccups in power, never lose our electricity. Nearby neighborhoods are not as fortunate—although even their power will be restored soon.

Probably David’s best-known encouragement from the 34th Psalm is its subsequent line: “He guards all his bones; not one of them is broken.” John cites it when the soldiers realize Jesus is dead, and so decide not to break his legs. At this point in the gospel, “not one of his bones is broken” is not an idle promise of persistent sunshine and roses: the only reason they do not break his bones is because he is already dead. David’s context in the Psalm (both the poem itself, and the context in which he composes it—see the superscript of Psalm 34) is just as realistic. Yet in John’s story, the bones not being broken are a nod to Jesus’ impending resurrection. In a society where ossuaries are standard, it is hard to miss the subtle implication of resurrection even in the Psalm.

This week, may our encounters in the real, fallen world strengthen our faith in the God who sees us through it, and leads us beyond it.