He May Be Found 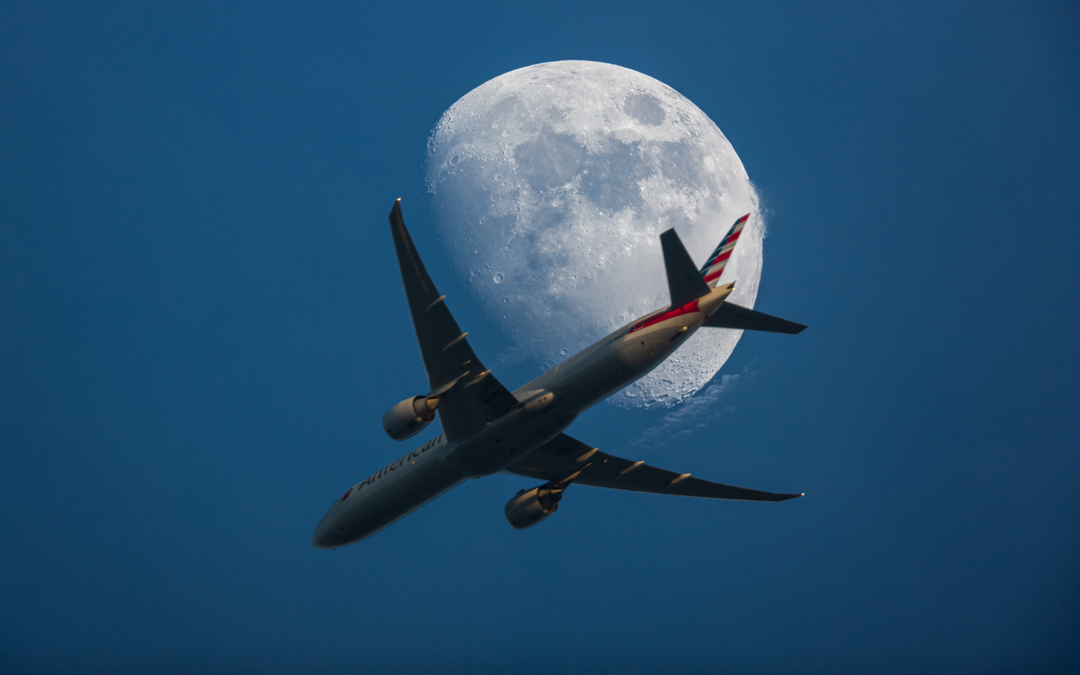 When the moon is waxing I occasionally set up my telescope to watch her pursue Apollo toward sunset. Dusky cerulean provides variety from the normally black backdrop of my nighttime lunar images, and should a high-flying bird or an airplane ever happen to cross the moon’s visible disk, evening’s illumination might make it more than a silhouette. One evening early in January as I track and admire the moon’s clear-sky setting, a sound overhead draws my attention to a jet which might pass through my telescope’s field of view, even if not directly in front of the moon. Seconds later it does both. I am still dumbfounded by the serendipity allowing me to capture the attached image.

In one sense, the image makes the moon look preposterously more accessible than it is—no bigger than the jet flying only slightly below it. In reality, of course, were it to violate all laws of physics, escape earth’s gravity, and find its way to land on our lunar satellite, the jet would be so miniaturized by the 200,000 mile distance that the Hubble Telescope itself would be unable to pick it out even as a speck on the moon’s surface.

But in another sense, the image is a reminder of just how accessible the moon is. Day after day, it begs us to look up and appreciate its relentless, majestic global journey from right where we already are anywhere in the world. I took the image described above from my back yard.

The paragraph ending with the great distance of God’s ways and thoughts begins with how close he is, how easily found: “Seek the LORD while he may be found; call upon him while he is near; let the wicked forsake his way, and the unrighteous man his thoughts; let him return to the LORD, that he may have compassion on him, and to our God, for he will abundantly pardon” (Isaiah 55:6-7). He is as near as our back yard.

This week, may we be as humbled and changed by God’s imminence as we are awed and attracted to his transcendence.